Priyanka Chudasama’s Story: Many years ago, there were no women or girls involved in this kind of entertainment and activity to entertain people with their passion.

Some girls want to do something for themselves and be proud of their parents. A few years ago, girls and ladies didn’t pursue their passions and hobbies due to family issues and shame. Still, nowadays, with parental support and self-motivation, they are performing well in every sector, especially on Social Media and Youtube.

So guys, today we’re going to talk about a personality by Priyanka made. She’s one of India’s great comedians and Instagram influencers, especially in Gujarat. Her father is an army man, and her mother is a great housewife.

Priyanka Chudasama is a Junagadh native who finished her 12th grade there as well. With the support of her team and parents, she then pursued her passion for making motivational videos for girls. A few months later, she realized that people were going to love her videos as well as other comedy videos, so she decided to start a YouTube channel and now everyone knows how much success she got from youtube and social media.

After starting a YouTube channel in a month and gaining more than one lakh subscribers, So she decided to work with Ankit Kansagara, a fellow comedian and YouTube star.

Priyanka Chudasama is a charming, down-to-earth, and liberal young lady who loves all people and goes out of her way to assist those in need when necessary, both monetarily and in terms of advancing their careers.

In addition to comedy, Priyanka and Ankit Kansagara both currently work on short films, and they just put a few on his channel.

On December 29, 2017, Priyanka began her career on YouTube. She posts music, comedic, and other videos on her YouTube channel.

She collaborated on multiple videos with comedian and YouTube celebrity Ankit Kansagar. Priyanka and Ankit are marketing several brands, including Pabi Ben, Body Code, and My Fitness.

Priyanka recently reached 2.28 lakh subscribers on YouTube. On Instagram, he is followed by more than 504k people as priyankachudasama56.

She collaborated on multiple videos with Ankit Kansagar, a comedian and YouTube sensation. Both Priyanka and Ankit Ankit Kansagar are now advertising numerous businesses such as Pabi Ben, Body Code, and My Fitness.

Who is Priyanka Chudasama?

Priyanka is one of the popular Instagram influencers and youtube who makes video songs, and funny videos and is the cutest artist that entertains people.

No, Currently she is not married.

What is the date of birth of Priyanka Chudasama?

How much Priyanka Chudasama earns?

No one has exact earning details of Priyanka except her but as per our analysis maybe she earns 10-20 lakhs per month.

The Inspiring Journey of Forest Whitaker: From Struggles to Success 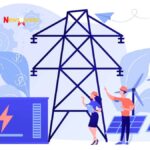 Portable Generators vs Power Stations – Which is better?
Next Article 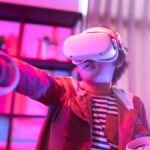