Understanding the impact of Web 3.0 on businesses in today’s world would be beneficial to any business owner. That’s because Web 3.0 is poised to transform the way businesses operate and users interact with the digital world. In this article, we’ll look at Web3 development in more detail, including what it is, what it contains, and what benefits it can provide to your company and customers.

As a result of blockchain progressions, worldviews have shifted. 3.0 (World Wide Web) After establishing itself as a key blockchain platform trend in its own right, the real revolution has begun to unfold in the nooks and crannies of the Internet.

Let’s get a better understanding of Web 3.0 before we look at its impact on businesses. After all, the next internet revolution will provide a decentralized environment based on blockchain, with a focus on intelligent information access.

In the Web 3.0 era, search engines, for example, would deliver customized insights based on the context of your search. Information stored on a large number of computing devices will eventually supplant centralized data repositories on centralized servers. It will operate more like a decentralized peer-to-peer network with no central authority as a whole.

Consider the scenario below: The term “Web 1.0” was coined in the 1990s to describe the early days of the Internet. Despite the fact that the Web was thought to democratize access to information, there were few effective ways to navigate it other than visiting a page and reading or watching static content compiled by one or more content creators. In many ways, it was disorganized and overwhelming.

The Web 2.0 revolution began in the mid-2000s. Many organizations were encouraged to create centralized services as a result of it. It did, however, expand the internet’s capabilities beyond information browsing. Platforms such as Google, Amazon, Facebook, and Twitter were created to help organize the Internet.

These platforms made it simple for people to connect and transact over the internet. Critics, on the other hand, argue that these corporations have amassed an excessive amount of power over time.

To achieve all that is expected from Web 3.0 Blockchain, many technologies will need to work together and rise to the top of the heap. As a result, simply incorporating blockchain technology will not suffice.

Because they will be required to make the Web decentralized and semantic, some of today’s developing technologies will be key components of Web 3.0. And with Web 3.0, some will be replaced by new ones. Blockchain and cryptocurrency, on the other hand, will always be important for Web 3.0.

Thanks to advances in augmented and virtual reality, as well as high-fidelity 3D graphics, the digital Web’s user interface will soon merge with the real world.

Internet of Things (IoT) devices will be able to connect to and use increasingly advanced networks, such as 5G. As a result, the Web will be accessible from anywhere via internet-connected computer interfaces on physical objects. Everything will be connected to the Internet, including phones, cars, drones, refrigerators, and ovens.

The Impact of Web 3.0 on Business

The impact of Web 3.0 on businesses will make them more user-centric and transparent. Everything that was wrong with the way businesses were run in the past will undergo a radical transformation in terms of user data.

So, how will businesses apply web 3.0 technology to their operations? Traditional and new businesses will both benefit from Blockchain technology and the opportunities it provides. Blockchain will be used by companies of all sizes and types.

Your customers claim back control over their personal information.

This is possibly the most significant way that web 3.0 affects businesses. Web 3.0 promises a significant shift in how the Internet operates, with a focus on user privacy. This is an issue that has been discussed for a long time but has yet to be effectively addressed.

Unlike Web 2.0, which relies on the Internet to develop applications, Web 3.0 employs blockchain technology. Client data is safer to store on a blockchain because it is decentralized and its use by businesses is transparent, making it less vulnerable to hackers.

The return of data ownership to consumers, according to some experts, could wreak havoc on the technology industry. This is due to the fact that many tech companies would lose access to the data that has given them a competitive advantage.

Advantages for Businesses and Customers of Web 3.0

When it comes to the impact of Web 3.0 on businesses, the following advantages are the icing on the cake.

Until recently, IT behemoths were in charge of managing and utilizing user-generated data. Due to Web 3.0, which is driven by Blockchain, end-users will have complete data ownership. Every bit of data transmitted over the network will be completely encrypted.

Users will be able to choose what information they want to share with corporations or advertising companies, as well as how much money they want to make from it, as time goes on.

Web 3.0 technologies would allow users to access data from multiple apps rather than being limited to a single platform. This eliminates the need to worry about one device (on a particular platform) being able to access Web 3.0 services while others cannot.

3. Blockchain with No Permissions

A blockchain will no longer require a central authority thanks to Web 3.0 technology. You’ll be able to participate in the network once you’ve created an address.

The network is open to anyone who wants to join and participate. People would no longer be denied access based on their gender, income, sexual orientation, geographic location, or other factors.

This technology will also allow for the timely and cost-effective transfer of digital assets and wealth across borders.

We strive to keep up with the latest technological developments as an award-winning software engineering firm. Web 3.0, we believe, will have a major impact on how we interact with the digital world. And everyone, not just consumers, will be affected by this transformation. It will have both a traditional and disruptive impact of web 3.0 on businesses. It will be similarly massive.

The transition from Web 2.0 to Web 3.0, on the other hand, will take time. Businesses will have more time to examine their processes and determine where they fall on the spectrum of decentralization and transparency. 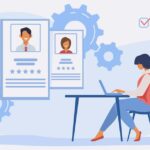 What is Payroll? How to choose the best payroll software for SMEs.
Next Article